In 1718 the Sultan of the Ottoman Empire, Ahmed III. invited and welcomed a group of Hungarian emigrants.
My 5 x1 meter painting – the concept outline of which can be seen here – is intended to commemorate this historic event.

It was an honor to receive a request to execute this work on the occasion of the Rákóczi Memorial Year from the accredited Hungarian Ambassador to Turkey, Gábor Kiss. The artwork received the kind support of Director-General László Csorba on behalf of the Hungarian National Museum.

The painting will hang in the Memorial House and Museum in Honor of Prince Ferenc Rákóczi II. and the Hungarian Political Exiles in Tekirdağ (Rodostó), Turkey. 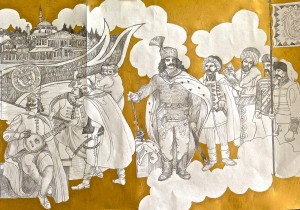 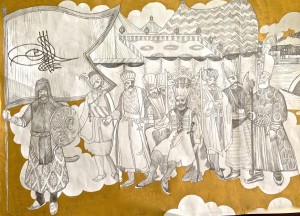 The Güler Sanat Art Gallery concluded my successful exhibition in the Ankara Hilton hotel.
My paintings was shown in the frame of a special program to the members of the diplomatic corp by Mrs. Dóra Kiss-Henezi, the wife of the Hungarian Ambassador.

From September on my exhibitions will be opened in different cities of India.
My first “Ambassadors” already arrived to Goa. 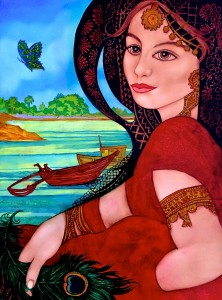 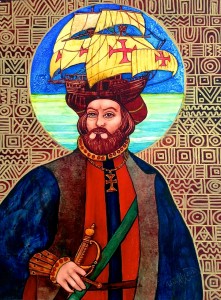 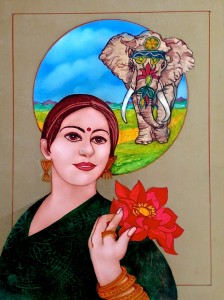 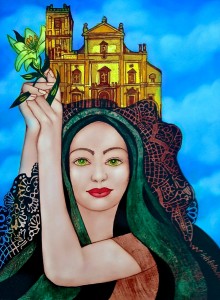 The Güler Sanat Art Gallery will be presenting at the Ankara Hilton hotel a number of my works painted in my Anatolian studio.

The opening ceremony of the exhibition – in which the Hungarian Ambassador to Turkey, Mr. Gábor Kiss, will also take part – will commence at 6 p.m. on March 6, 2015, and can be viewed until March 26th. 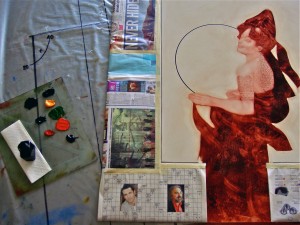 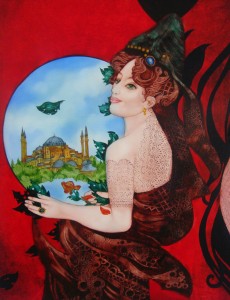 In the wake of decorating several cellars in the wine region of Hegyalja, I received an invitation to perform a most singular task. I had to paint the decorative glass lamp covers in the showroom of the Tokaj Women and Wine Association located in Mád. In the four corners of the display area shine the motifs of the “Four Seasons,” and the ceiling, the “Sun” and the “Moon.” 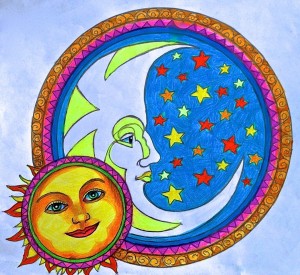 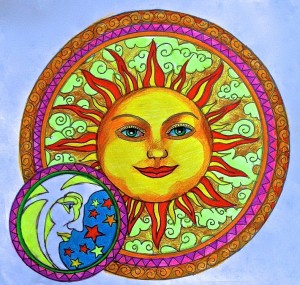